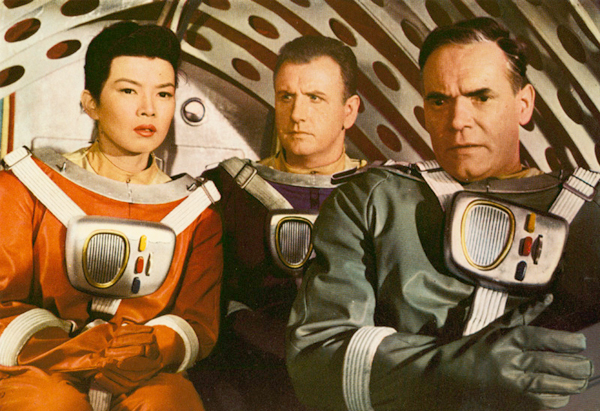 Blast off into the Sinosphere

During a residency in Hong Kong from Dec 2013 to Jan 2014, supported by Para Site/Spring Workshop, my research on the history of Cantonese opera cinema led me into the realm of contemporary Chinese science fiction.
At first I studied how Cantonese opera went from stage to screen and how the innovations of cinema have then affected this form’s return from screen to stage.
I was interested in the idea of exploring how one of the oldest performing art forms in the world can be used to address notions of the ‘future’.
What role can Cantonese opera play in a world that continues to evolve at such great speed, when a booming economy and rapid technological developments can cause daily life in China to resemble a classic sci-fi narrative?
This led me to focus on the history and development of science fiction literature and cinema in the Chinese-speaking world, particularly in mainland China.

I gave a performance lecture at Spring Workshop in Jan 2014, presenting my ideas thus far, while I continue on this fantastic voyage between the diverse expressions of the past and the future.