Bali Ha’i… the name that conjures up tiki dreamlands and tropical beach holidays on faraway fantasy islands. Here am I, Your special island!
Such is the legacy of this showtune from Rogers and Hammerstein’s stage musical South Pacific, which opened on Broadway in 1949 and was turned into a film in 1958. The plot was based on James A. Michener’s Pulitzer Prize-winning 1947 book Tales of the South Pacific about the Pacific campaign in World War II.
Bali Ha’i is the siren song delivered by the native matriach Bloody Mary – a Tonkinese (north Vietnamese) character concocted by her creators out of the colonial swamp of migrants in the Pacific Islands, transplanted there by a French planter – to lure newly arrived Lieutenant Joseph Cable to the forbidden island, in the hope of pimping her young daughter to be his wife.
Her image is a repugnant, sun-dried, mercenary, overweight female, costumed in an assortment of discarded seashell trinkets and army surplus fatigues, barking in her broken English Fo’ Dolla’ in exchange for a grass skirt or some other tropical kitsch curiosity.
Her name Bloody Mary connotes at once histories of brutal, hazardous journeys across the seas; virginities surrendered in violent struggles to survive; the default pet name Mary for the hordes of faceless foreign females, silencing their true native selfness; a damned maternal figure one loves to hate; a salty, spicy pick-me-up, but no cure for a colonial hangover.
In this work, sixteen Bloody Marys are woven together, mostly from amateur and high school musical productions found on the internet and interlaced with the artist’s own rendition and the original Bloody Mary from the film.
This mesh of Marys – revealing a casting spectrum of Black, Asian, Pacific Islander, etc and other forms of ‘unconventional looking’ physical and racial Otherness – calls out for a new ‘special island’ for the 21st century, an island of inclusion and alterity and new subjectivity on the horizon, and a tribute to those individuals who have broken the ground ahead of us.

The role of Bloody Mary in Rogers and Hammerstein’s South Pacific was immortalised by two African American actresses, who each played a central role in expanding opportunities for African Americans during the American musical theater’s golden age.
In the 1958 film version, Juanita Hall reprised the stage role that she originated on Broadway but her singing voice is dubbed over by Muriel Smith who played Bloody Mary in the original London production. 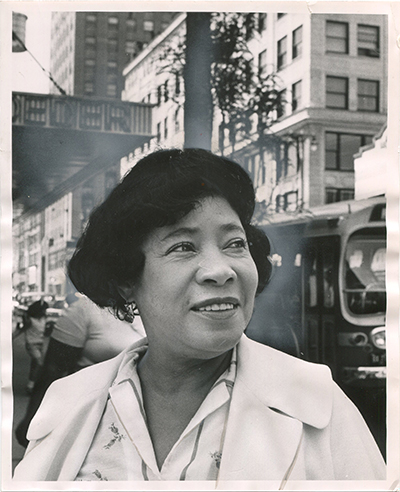 Juanita Hall (1901-1968), of African American and Irish parentage, trained at New York’s Juilliard School of Music. She formed the Juanita Hall Choir in 1936 whose performances included radio broadcasts of negro spirituals.
She performed with an African American theatrical troupe the Lafayette Players and had a string of minor roles on Broadway, before the break in her career in her late forties in 1949, when she was cast as Bloody Mary.
Her sharp-witted performance stole the show and earned the short stocky actress the Tony award for Best supporting actress in a Musical in 1950, becoming the first African American to win a Tony Award.

In 1958 she was cast in another Rogers and Hammerstein musical, Flower Drum Song, the first Broadway show to feature a predominantly Asian cast, with Juanita Hall as the sole exception, playing a Chinese marriage broker, Madam Liang.
She sang the blues on the New York nightclub circuit, and recorded songs including several written for her by Langston Hughes, a leader of the Harlem Renaissance. 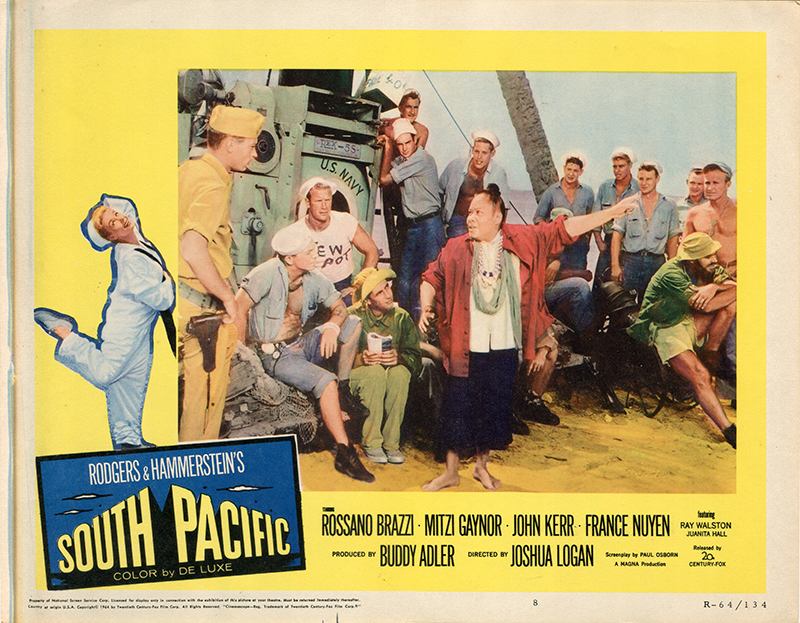 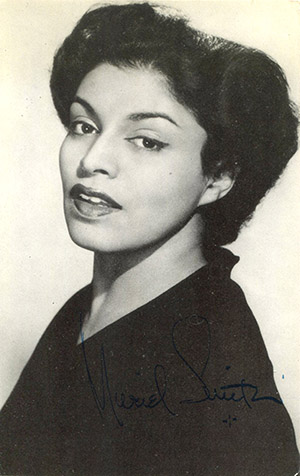 Muriel Smith (1923-1985), whose singing voice is used for Juanita Hall’s portayal of Bloody Mary in the 1958 film, was the First African American to study at the Curtis Institute of Music in Philadelphia. Even before she graduated in 1946 (in the same class as Leonard Bernstein and Isaac Stern), she had made her professional début as the original Carmen Jones on Broadway in 1943, based on Bizet’s Carmen with lyrics by Oscar Hammerstein II featuring an African-American cast.

Despite her early success she was lured to greater opportunities abroad as a black artist and moved to England where she originated the role of Bloody Mary at London’s famed Theatre Royal, Drury Lane in 1951. In 1953 she appeared in another Rogers and Hammerstein classic The King and I, playing another Asian role, as the King’s head wife Lady Thiang.
From 1956-57 she sang the title role in Bizet’s Carmen at the Royal Opera House at Covent Garden.
She became active in the Moral Re-Armament movement and made her only starring film role in The Crowning Experience in 1960, about the life of Mary McLeod Bethune, the black educator and civil rights activist who became an advisor to President Franklin D Roosevelt. In her own words: “As an artist I am using my talent and my career not only to bring an answer to the problems of America, but to help other nations find their destiny.” 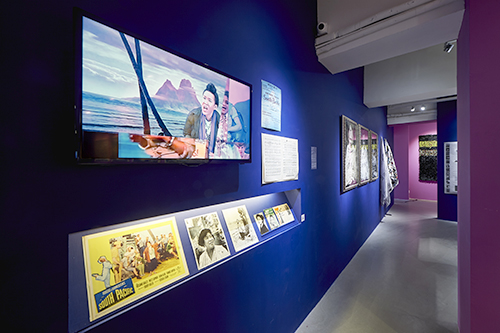 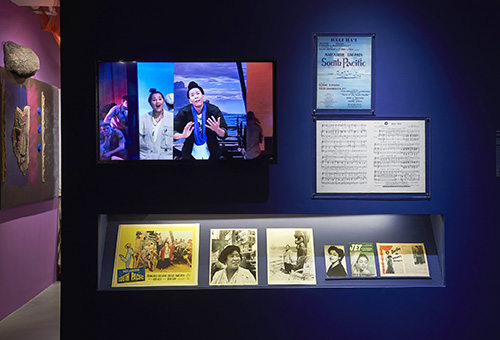