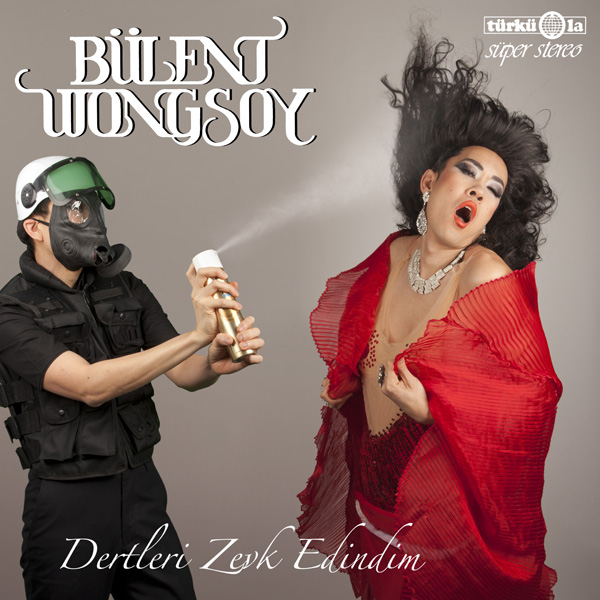 I first came across Bülent Ersoy in my research into Turkish cinema history. She started her music and film career as a young man in the 70s, underwent gender re-assignment in 1981 (but kept her male name ‘Bülent’), had her performances banned by the military regime that came into power, went into exile in Germany until 1988 when a new government revised the civil code and granted her a ‘pink’ ID (for females) and she made her triumphant return to showbusiness in Turkey.

In June 2011, I paid tribute to Bülent Ersoy in a live concert ‘Biji Diva!’ at the ‘In Transit’ Festival at the House of World Cultures in Berlin, portraying her from 4 stages of her life: Boy Bülent, ‘Trans’ Bülent, Woman Bülent, and ‘Mother Bülent’ (with my own mother May Wong).

Following the incidents in Istanbul from the Gezi Park protests in 2013, I decided to present part 2 of the Bülent Ersoy project for my first solo exhibition at carlier I gebauer, Berlin.
The gallery is in Kreuzberg, in a building with Berlin’s largest indoor Turkish wedding party hall, along with Turkish wedding gown rental shops and photo studios, and on opening nights the Berlin art crowd often gets mixed with Turkish wedding guests 🙂

For this show I presented the life and work of Bülent Wongsoy, an (East) Asian doppelgänger of Bülent Ersoy. Starting their careers as talented young men in the 70s and singing their way to new gender and national identities through the turbulent 80s, Wongsoy and Ersoy have become the celebrity divas they deserve to be today.
But unlike Ersoy (who is a close friend of the Turkish prime minister Erdogan), Wongsoy continues to be a freedom-fighting protest singer, having sung and released albums in different languages in various parts of the world, as seen in her record covers on display in Kurdish, Cantonese, Arabic, Russian, Vietnamese in addition to Turkish and German.
The Diva Wongsoy has the power to stop tanks in their tracks and to turn tear gas into hair spray –
Biji Diva!!