mixed media installation featuring a single channel video (14:36 min) with audio, costume made of printed fabric, (optional) transcriptions of a speech by the Chinese President
2019

Sunu Jappo / 手拉手 / Hand in Hand is a video-poem made by the artist from a two week sojourn in Dakar, the capital city of Senegal.
Senegal was the first West African country to join the Chinese government’s global development strategy – the Belt and Road Initiative (BRI) – and was the first stop for President Xi Jinping’s tour of Africa in 2018. Ahead of his state visit, a signed article by the Chinese president, entitled SUNU JAPPO, China and Senegal! was published in the mainstream Senegalese newspaper Le Soleil.  As a gesture of ‘friendship and cooperation’, the Chinese government has in recent years sponsored the building of iconic cultural infrastructures in Dakar such as the country’s first National Wrestling Arena, the Grand National Theatre and the Museum of Black Civilisations – a powerful symbol of decoloniality – which was first proposed 53 years ago as a vision for a post-colonial Africa by Senegal’s first president, the poet Leopold Sedar Senghor.

In this work we follow the artist as he visits the sites of Sino-Senegalese ‘friendship’, in the guise of a “cultural ambassador”.  As an ethnic chinese artist/filmmaker collecting moving images and sounds in the Senegalese capital, the work recalls the role and the legacy of the ethnographic filmmaker, and questions the ramification of Chinese soft power on the African continent. 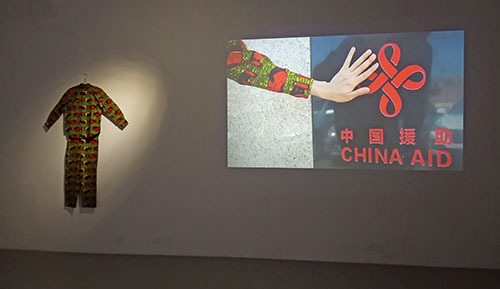 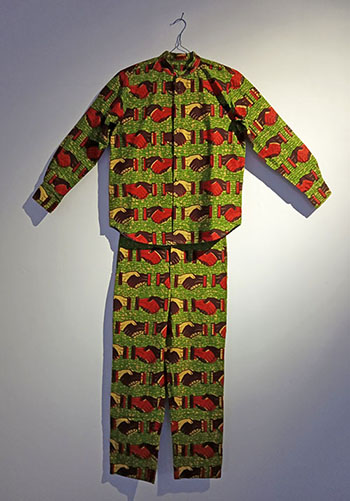